WHOM THERE IS NO HOWA BUT HE
https://www.black-banners.com/forum/

by Sami3u_Allah
Resistance to Civil Government
Henry David Thoreau was born on July 12, 1817, in Concord, Massachusetts. It is recorded for being the author of essays, poems and conferences; and also for having devoted many of his texts to criticizing the inconsistencies of the nascent American state, headed by men who, while pointing to America as the land of freedom, kept slavery in force and had no qualms about invading countries neighbors (as it was in the case of Mexico, between 1846 and 1848). Although more than just criticizing the politics and politicians of his time, Thoreau is recognized as a defender of the right to think for himself. In this sense, it grants a supreme value to the conscience of each individual, raising it above the principles established by the laws. This is stated in Civil Disobedience, his best-known text:

"I think that we should be men first, and subjects afterward. It is not desirable to cultivate a respect for the law, so much as for the right. The only obligation which I have a right to assume is to do at any time what I think right.” 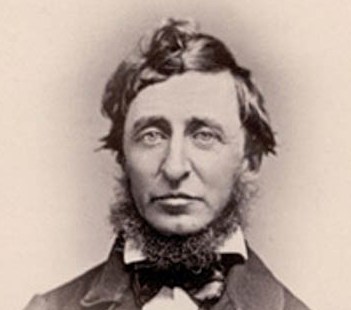 Resistance to Civil Government, called Civil disobedience for short, is the title of a lecture written by Henry David Thoreau that was published in 1849. In this writing Thoreau explains the basic principles of civil disobedience that he himself put into practice: in the summer of 1846 he refused to pay his taxes for which he was arrested and locked up in Concord prison. He justified himself by explaining that he refused to collaborate with a State that maintained the slavery regime and waged unjustified wars, in that specific case against Mexico.

The work criticizes the authority of the State. Its repercussion was very great, becoming Gandhi's bedside book in his campaign of resistance against the British occupation of India. his non-violent fight in defense of non-discrimination of the black population in the US He has promoted and continues to inspire movements such as fiscal objection, conscientious objection against militarism or more or less violence overlapping, citizen movements and struggles against what a certain group or person considers abusive. In addition, multiple internationally recognized researchers have worked directly with the ideas and actions taken by the author and his essay. Thus, the quote that revolutionizes the social principle is the idea of ​​being first individuals and then becoming citizens. Therefore, by proposing such a radical initiative, the entity called society jeopardizes its balance and its functioning as a control force.
All times are UTC
Page 1 of 1