The call of the Yamani (as) and the current representative c

Here is a section for debates. Here you can discuss and debate topics within Islam and between Islam and other religions.
Reply
Share topic

In 1999 the call of the Yamani Ahmed Alhasan (as) began in Najaf, Iraq. The call grew with the patience and hard work of the early believers spreading the knowledge and proofs of Ahmed Alhasan (as) so that people can enter the true religion and support the the Imam of this time. Those followers faced a lot of persecution by the followers of the Shia Hawza clerics, including imprisonment, torture and being sentenced to death unfairly because of their beliefs. The closest companions of the Yamani supported him through all the difficulties and persisted in spreading his message to the world by giving dawah, writing books and setting up websites and chatrooms dedicated to the call. Ahmed Alhasan (as) has repeatedly commended and praised the hard work of these close companions who suffered greatly and stayed loyal. After intensive pursuit by authorities loyal to shia scholars ordering the arrest of the Yamani (as), he can longer meet with people in public as he used to, just as it has happened with the previous calls of prophets and messengers until God permits the defeat of falsehood and the manifestation of truth. So he has stayed in touch with followers through his closest and most trusted companions. These companions have firm faith and do not allow any error in their work in transmitting communications of the Imam (as) via official websites. Ahmed Alhasan (as) also has a Facebook page where he personally writes advice and updates to his followers.
Additionally Ahmed Alhasan (as) has appointed a physical office in Najaf that officially represents him and is lead by trusted companions under his supervision. These are all official channels of the call and the messages and updates of Ahmed Alhasan (as). Anyone who accuses these trusted companions assigned and supervised by Ahmed Alhasan (as), has actually accused and disbelieved in the Yamani (as) because they disbelieved his words and actions assigning these representatives and ignored the truthfulness of these hardworking people.
If anyone has any problems and criticisms let them state it so that the office or other representatives can amend the error. But the truth is they found absolutely no error and made baseless accusations. Therefore I ask Allah (swt) to give failure to whoever started the black banners deviation and those relentlessly spreading the misguidance because of their hatred and jealousy of these loyal companions who showed no error in their duty. As for those who followed because of confusion may Allah (swt) reveal to them the misguidance so they can repent and leave it.
Lastly I don't completely agree with naming and shaming. Yes it's a good idea to name the followers of black banners so we know who we're dealing with, but shaming them doesn't help especially if they're not actually spreading it but instead just confused and trying to understand the arguments. Instead we should name and "point out" those spreading it and refusing to listens to proofs, but leave those who have not spread the deviation publicly especially if they have repented - no one should be chasing those who repented.
And praise be to Allah

Re: The call of the Yamani (as) and the current representati#62263

I ask you, If you truly believe in the Black Banners, the Yamani (as) has already given you "BLACK BANNERS" long ago. But O hasty ones, you should understand that the Yamani (as) is also the carrier of the Banner of the Prophets, Messengers and the Banner of the Ahlul Bayt and it is "The One Banner" and the "Banner of Victory". Don't ever try to replace it because you will be the ones who will be replaced instead. Yamani (as) has given you "THE BLACK BANNERS" and he (as) has also given you "THE ULTIMATE BANNER" of Ahlulbayt, Prophets and Angels. For "ONE" Black Banner is a Banner with incomplete Truth.

Repent and come back, for in it is your salvation. All these banners will rise on the Lands of Allah (swt) and no compromise will be made. Like fingers on a hand they will remain side by side.

And concerning to the claimants of a meeting with IMAM MAHDI Muhamed Ibn Hassan (AS), By ALLAH if you are truthful, you have an obligation to come on camera, recording and forums and TESTIFY. And don't say you are afraid dor your identity, for if you come with TRUTH you will be protected by TRUTH. ANNIHILATION is for Falsehood. WE are waiting to hear your side. But where are your TESTIMONIES?

If you have grievances with the Office in Najaf then you have a right. You can politely refuse to follow them but you must have a solid explanation to convince the Imam (as). As for slandering and accusing, The Prophet (sawas) and Ali (as) never followed such an example even when they knew.

Then Who Are You?

Are You without Sin? If Yes, then go ahead, cast as much stones as you wish. 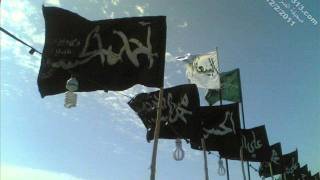 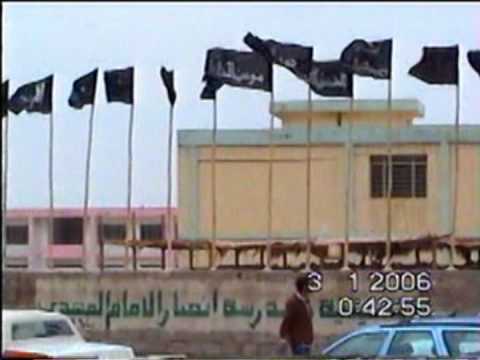 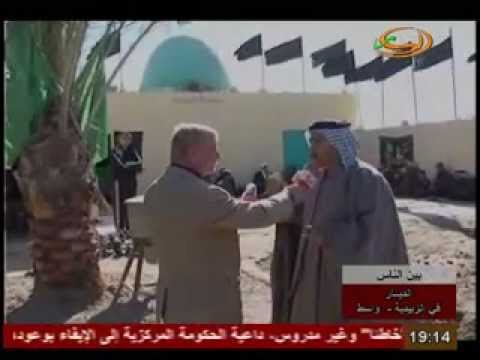 Reply
Return to “Debates”
30 May